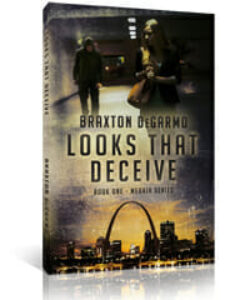 Looks That Deceive – Book One

The press calls him the L.A. Rapist, a misnomer in all ways for this serial assailant whose attacks on legal assistants leaves them in a vegetative state. Now, the deaths of two prominent medical malpractice attorneys have put authorities in an uproar, and Sgt. Lynch Cully is under extreme pressure to find the perpetrators. Or should that be singular? Has the L.A. Rapist upped his game?

Amy Gibbs, RN is a newly recruited med-evac flight nurse who left the E.D. and its stress behind, along with memories of a certain detective who dumped her. On one fateful call, she hears the deathbed confession of a man whom police are seeking as a person of interest, perhaps the killer’s accomplice. Within hours, the lives of Amy Gibbs and Lynch Cully again intertwine in a story that unravels a web of identity theft, electronic eavesdropping, and stalking amid a confusion of identities

“Jusuf,” fished from the river, nearly dead, has lost his memory and needs assistance simply to eat. His benefactor, Danijela, lives in fear in the river cabin owned by Ibrahim, believed to be dead. His killer, Darko Komarčić, has put a price on her head, too.

Amy Gibbs, RN, battles the emotional demons of losing her boyfriend, Lynch Cully, to the same monster who nearly killed her three months earlier. Enter Richard Nichols, an Army veteran recently returned from Afghanistan. His charm and confidence entice her. Yet, is he really who he says he is?

In a series of twists and turns, the four become embroiled in the battle against human trafficking. Darko’s criminal organization is powerful, well-armed, widespread…and rich enough to bribe politicians, policemen, and judges. Jusuf and the others vow to bring Darko to justice. To do this, they will need all their courage and determination … guardian angels, and a miracle. 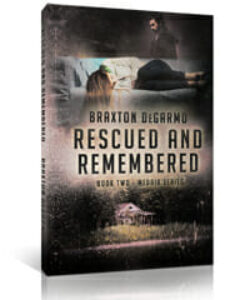 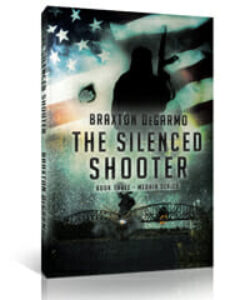 For Lynch Cully, recovering his memory might be the easy part of “coming back from the dead.” As he recovers from his wound, an old friend, Sgt. Seamus O’Connor, picks up the slack on the Major Case Squad in response to a 9-1-1 Code 1000 call – all available units respond – to a shooting at a private Christian school. Automatic gunfire reported.

Bradley Graham, keynote speaker at the American Patriot Conservative Caucus, has sent a shockwave through the political “circus” in this country. In announcing the new American Party, with its record grass roots membership and fund raising, he has challenged the “establishment” unlike any other group before it. Has he also tattooed a target on his forehead?

A shooting in a Christian school, a school dedicated to his Glory? Can the bold American Party re-chart the course of society back toward the God-given rights so many Americans have fought and died to preserve? Is it time to “Take Back America?” More than a few guardian angels must be working overtime.

What would you do to protect your family? Would you stand up to the government?

Sinead O’Malley and her husband, Jameson, fight to reunite their family after the State of Massachusetts tore it apart and ignored their right to due process. Now, as Jameson sits in jail, she has a choice to make? It’s a choice that could lead to losing her eldest daughter forever. Yet, Sinead can no longer watch her daughter, Ruth, deteriorate. She is left with one option, no matter the consequences.

When an unexpected storm cell takes down MedAir 724, Amy Gibbs, RN, finds herself rescued at the hands of an “angel of mercy.” But who is this woman? And who is she, along with her handicapped daughter, hiding from? Amy, too, has a choice to make: help the woman who saved her life, or follow the law. 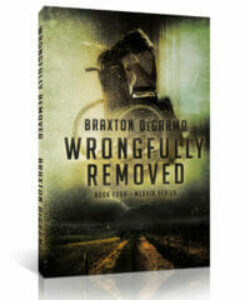 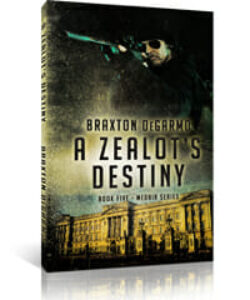 Who is trying to eliminate the British Royal Family?  And why? After all, the monarchy is largely ceremonial and symbolic. No one realized that the reason was simple…obscure…and deadly as the devil.

The Stone of Destiny. The Throne of David. Is it possible an ancient Biblical promise plays a role in these events?

Lynch Cully never expected this special assignment. For his boss, Bradley Graham, this was supposed to be a simple campaign detour to the campus of his Alma Mater, Westminster College, to meet the young Prince of Wales at the National Churchill Museum. Yet, from Westminster College to Westminster Abbey, life for Lynch will never be the same.

Will the people elect the status quo?

Or is a major presidential upset in the wind?

The election is days away and tensions are running high. The armed takeover of a remote Oregon wildlife refuge takes center stage in the news, and candidate Bradley Graham goes to meet with the protesters . . . against advice. When Graham is kidnapped, Lynch Cully, the urban ex-detective, finds himself in unfamiliar territory. Can he hold his own where there are no streets, no city lights, no backup?

Meanwhile, life takes an unexpected turn for Amy Gibbs, RN, and her fiancé Richard Nichols. Working in Washington, D.C., he is offered the real estate deal of a lifetime . . . if he ignores the suicide that took place in the house. Or was it? Still in St. Louis, Amy’s curiosity foils a major terrorist plot, saving thousands of lives . . . except one. 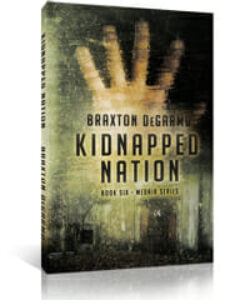 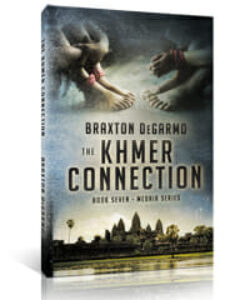 What do you do?

Where do you go?

The ghosts haunting Amy Gibbs have driven her from her home, her friends, her job, and her family. No one knows where she has gone . . . except the man who failed in his first attempt to kill her.

Now, Lynch Cully must go on the hunt . . . for Amy. His position with the President-elect’s team has afforded him access to intel that Abdullah Said Abdi is searching for her and has a head start on Lynch. He has no choice but to find her first . . . or lose her forever.

Lynch Cully and Amy Gibbs have returned home, leaving the worst behind them in Southeast Asia. Or did they?

Upon their arrival, past events return to haunt them. New evidence comes to light in Richard Nichols’ murder. A string of mysterious deaths of holistic doctors might be related. An old nemesis “dies” in a car crash, but no body is found. Ghosts emerge from watery graves. And the many-headed hydra known as the Assembly has a renewed target in its crosshairs.

Can Lynch survive to finally get the girl of his dreams?