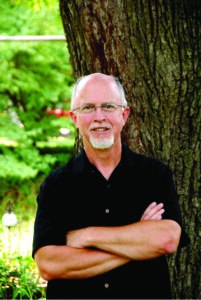 Unlike many writers, I can’t lay claim to wanting to be a writer all my life, although my mother and seventh grade English teacher were convinced I had what it would take. At Duke University I earned a Bachelor’s Degree of Science in Engineering with a major in Bio-Medical Engineering and a minor in good times. After that came medical school at the University of Cincinnati where I got into trouble perpetually because they could read my handwriting. During my residency in Emergency Medicine at Madigan Army Medical Center,the Army tried to straighten me out, but I had grown up watching M.A.S.H. and its reruns. They had an uphill battle and I held the high ground. Ultimately, I served tours as the Chief, Emergency Medical Services at Fort Campbell, KY and as a research Flight Surgeon at Fort Rucker, AL. Who had time to write?

By the late 1990s, my professional and family life had settled down, somewhat, and my mother once again took up her mantra, “Write a book. You’re a good writer.” She was a pro, keeping her taunts to just often enough to fall short of nagging. Still, with no experience in writing anything other than technical articles, I hesitated to try my hand at fiction. That required writing dialogue and just ask my wife, I’m a man of few words. Things changed in 1997 when the local newspaper held a writing contest for Valentine’s Day. Out of 1100 entries, making it to the top five finalists shocked me, and I realized that maybe this writer’s gig had something to it after all.

Over the next fifteen years, I took the time to learn the craft of writing through local writers’ groups, seminars, critique groups and more. I put together my first novels which won’t see the light of day, but the experience ultimately drove me to seek the help of a real editor. From that collaboration came The Militant Genome(©July 2012), my debut publication. Indebted(©January 2013) came next and has been well received. My third and fourth novels, Looks that Deceive(©May 2013) and Rescued and Remembered(©November 2013) began what is now an eight-book series that includes The Silenced Shooter(©July 2014), Wrongfully Removed(©June 2015), A Zealot’s Destiny (©March 2016), and A Kidnapped Nation (©April 2017). The Khmer Connection, book seven of the series, was released in the spring of 2019, and the final book of The MedAir Series, Resurrected Trouble, came out in 2020 . Also in 2017, I completed a novella, Ten Seconds ’til…, as part of a 10-author box set. With the end of that limited-time box set, the story became the second in a new series–“A Seamus O’Connor Thriller”–of which The Militant Genome is book one.

My most recent release, The End Begins (April 2021) begins a new series called the Still Here Series. As a student of the Bible, I’ve studied eschatology and the End Times for years. Part of what I’ve learned, I presented in a non-fiction study titled Still Here! Surviving the End Times (2019). The information in that book, along with what I continue to learn about the Book of Revelation, forms the backbone of this new series.

Twenty-plus years after that first hesitant start, I can’t find enough time to write all the stories floating in my head. My wife and recently moved from Missouri, where we lived for the past 32 years, and I now realize why “moving” is #6 on the list of life’s most stressful events. Our two children are grown and with three teenage grandchildren and a two-year-old grandson to continue Grandparenting 2.0, this “Papa” wears a number of hats.